Otodata, the choice of great technologies

The business relationship (or professional love) between TLM and Otodata began in 2013. 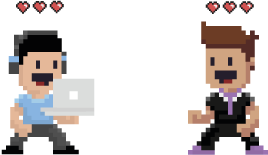 Otodata was still an infant at that time. Connected objects were rarely discussed. Since then, the company forged their place as the largest Canadian wireless network intended for the Internet of things. Their team designed, developed, manufactured and distributed connected objects in various business sectors. They themselves know what growth is!

Today, the IT development team consists of 4 analyst-programmers at TLM and 3 in-house programmers. Together, they keep the ecosystem designed for Otodata’s connected objects up to date. Now that the team has grown, our implication goes well beyond coding. We invest in research and development, supervise the entire development team and ensure sound project management and delivery.

It all started when Otodata wanted to replace alarm system cellular chips with radio waves emitted by its antennas to relay emergency messages to the power stations. Our team saw the potential of this solution right away: cellular chips were becoming so expensive that it was imperative to replace them!

The years passed and projects followed one after the other. We have connected several other objects to this network, such as a remote starter and a liquid level monitor intended for large industries. But, as with all respectable businesses, we also have unfinished projects. Not by the lack of will, however! Our customer explains it very well:

« We're constantly innovating. To some extent, we create the knowledge. We could never use other experiences as a basis to not make the same errors. We build on what we have learned, we innovate. This is what makes our developers a force to be reckoned with: We learn and we evolve. » 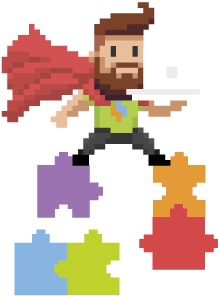 In the world of connected objects, the greatest challenge consists in optimizing the communication between the server, the object and the user: It's quite the puzzle! For these projects, we also created mobile apps and a web platform in order to make the user's life a little easier. Useful features were added to make products with added value. One more way to make the investment profitable!

Otodata revolutionized an entire industry. How? According to them, the secret lies in the work methodology and the knowledge of technologies. The main mission of our programmers was to build a sustainable technology and an architecture, which supports the evolution of the company and its products.

« We didn’t have the financial resources for new hires. We were still able to rely on the entire team at TLM, which gave us access to multiple resources and more skill for the same price. We were able to avoid the errors of being just one person. TLM always manages to find an answer. »

And the execution of the mandate therein?

Creating connected objects comes with its fair share of obstacles! Our cup was overflowing with developmental challenges! We've listed a few below:

Build a product structure that's conducive to its evolution. What's that, you may ask? Concretely, this means properly planning for growth, but above all, creating the right level of quality at the right time. Therefore, we make sure to develop the right features as the project progresses. Side note: This also has a considerable impact on managing the development budget.

Reduce the delay when replying to messages. Not only did the delays have to be reasonable for the user, just a few seconds, but there also had to be a solution in case of no response.

To assimilate the antennas' behavior… these much talked about antennas. Their power was that they allowed messages to be transmitted between devices at a lower cost. They still did create problems for us: You see, more than one antenna could receive the same message. We therefore had to imagine a solution to properly manage message transmission, since they were only relayed once.

Plan for the increasing volume of messages. Today, this means about 400,000+ connected devices from across North America, transmitting thousands of communications to servers every minute. And for next year? We're talking about 1 million connected objects! It was imperative that the system could withstand the increase. Oh! It will be done, no worries there!

« Development is not linear. We sometimes test with a mutual agreement. Together, we make the company evolve, we have a plan. The vision of growth is shared. This makes things so much easier! »

The database processes and compiles an exorbitant amount of information. We identified the processes that were taking too long to ensure a rapid response. We then transformed the incoming and outgoing message queues into RAM. We have also modified with the indexes of the table portions, made the processes asynchronous and integrated advanced SQL features. Ok, you may feel a little lost at this point. Don't worry! Our advice: Nod your head; say something casual like "Ah OK! Cool!” You'll get off scot-free.

We've also designed a distributed and redundant message communication system. This means that the connected object calls one of the servers, creates a message and then transmits it to a queue.

The system then processes the message and sends a reply to the user. It may not seem like it, but this was not an easy task. We worked extremely hard.

And to plug another term loved by programmers, the Otodata system is "resilient" in the event of failure. For example, if a nuclear attack were to occur in Montreal, another server would take over. This safety belt ensures that messages will be transmitted, even if a failure occurs in the network.

« The service structure and division are the same from the start. The infrastructure that we've built is strong enough to support new products. New messages are more fluid than before. Back-end communications between the servers and the products are impeccable. We've always been able to modify what has been done already. »

We've set up daily SCRUMS between the two teams of programmers to ease communication. You may be wondering just what is SCRUM methodology? Well, it's an agile framework for complex software development projects. It helps teams to collaborate by focusing on common goals, to productively and creatively deliver the highest value products possible.

« Communication is absolutely incredible! It makes a huge difference for co-development. We are two companies, but we move forward together as one, with a common goal. »

We can't say it enough: Making the right technological choices early on is necessary to ensure the longevity of any software solution. We promise: It pays off in the long run, both in terms of effort and budget!

Another paramount factor: It's important to know how to adjust your development cycle according to the different phases of product evolution. Moreover, knowledge was always shared among the members even though the number of programmers on the mandate varied.

We're not ashamed to say: Otodata’s sales success is a source of great pride. Our client is ever-expanding and forging their place as a leader in the connected objects market. For us, contributing to their success is a great source of satisfaction (Yeah, it may seem cheesy, but it's true!)

We would like to thank our client, Philippe Meilleur, for agreeing to be the subject of this case study. Visit Otodata's website to see everything that they have to offer.

If you're intrigued by our expertise and savoir faire, there's many ways to contact us! There's the good ole telephones at 1 877 896-4472, tlmgo.com, our Facebook and LinkedIn. Choose which ever one you like, any way is just fine with us!

Subscribing to our newsletter and learn some technology advice and read various entrepreneurship-related topics. 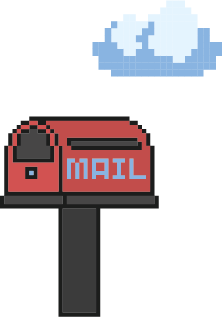